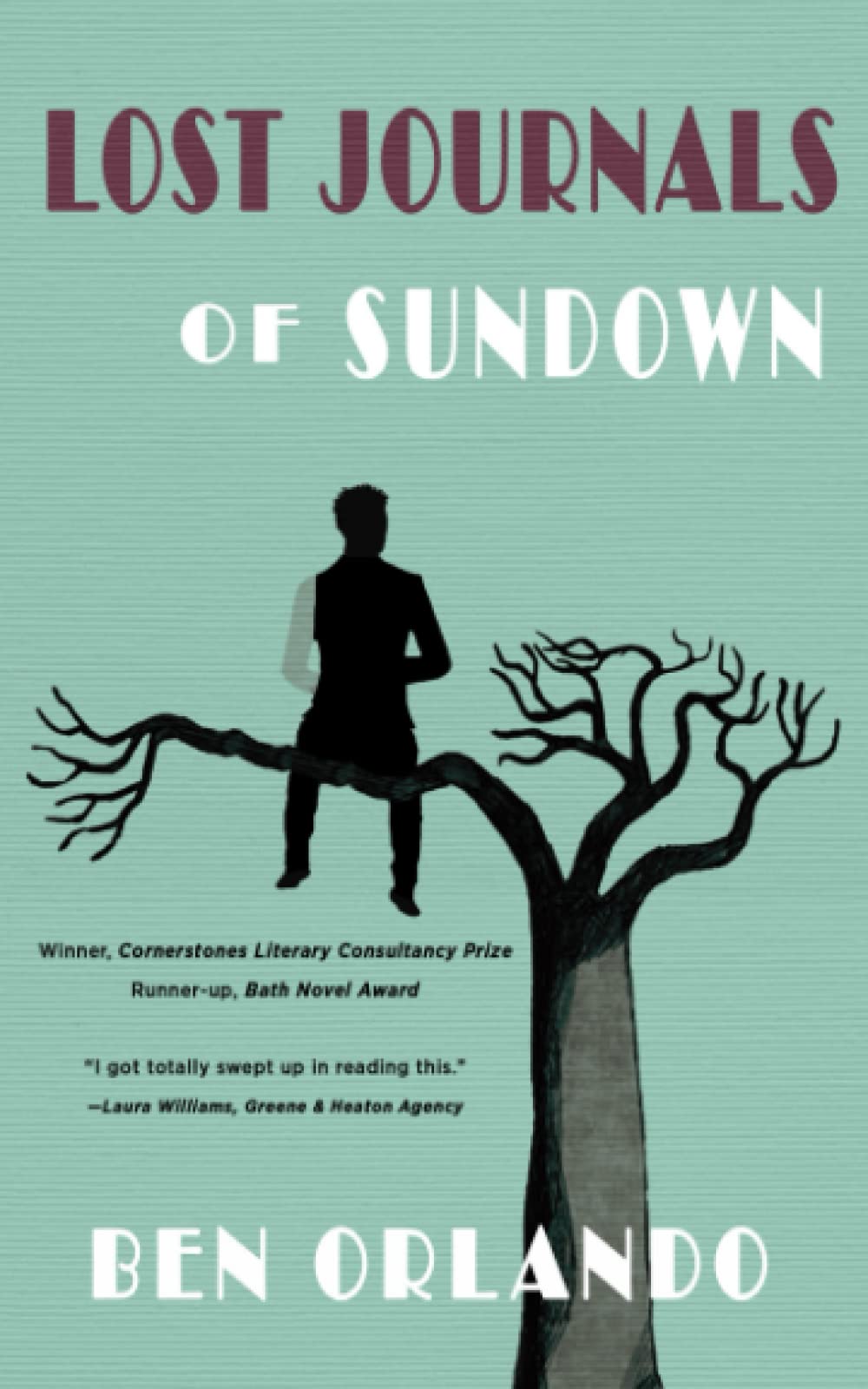 Ben Orlando’s debut novel, Lost Journals of Sundown, is two things at once: a fascinating exercise in metafictional homage, and an unusual standalone mystery story.

For readers who are not familiar with the work of Paul Auster, Orlando has created an entertaining, oddly slanted pseudo-detective story. In a slightly off-balance version of New York City, a suicidal writer adopts a false identity as a private investigator and desperately embarks on a vague quest to protect a couple of misfit strangers from their villainous father. He imagines this adventure will keep him away from the noose in his closet. During his rather inept surveillance, he uncovers the father’s darker, more twisted campaign to ruin lives and potentially destroy civilization, one psyche at a time. He faces the dual challenge of both stopping the madman and finding his own salvation.

But there’s more. Readers who know Paul Auster’s “City of Glass,” part of The New York Trilogy, are treated to an extra layer of meaning and enjoyment. If you’re in the know, you can smile at Orlando’s sly wink from the very outset of the book, with the wrong number phone call, the detective pretense, the name Stillman, and more. Orlando has crafted his story to parallel the plot of “City of Glass”—with key correspondences, structural touch-points—but also to ultimately be entirely different in both broad strokes and finer details.

Auster’s The New York Trilogy is known for subverting detective story tropes to go beyond the genre mystery into some new form of hybrid literature. The trilogy can be seen as a prototype of "metaphysical detective fiction," in which the world is one of questions, not answers; interpretations, not solutions; and the sleuth is seeking not "Whodunit" but "Who am I?". For more on this subject, see an earlier blog post of mine.

Orlando’s authorial style and concerns are entirely different from Auster’s. Where Auster is spare, Orlando is colorful. Where Auster is philosophical, Orlando is psychological. Where Auster raises questions, Orlando seeks answers. His book sits more squarely in the mystery genre, while tipping its hat to the outsider, Auster. Orlando’s most impressive feat is the balance he finds, in which he pays metafictional tribute through both imitation and conscious reference, yet at the same time maintains his own vivid style and tells an entirely unique story—all the while addressing two audiences.

Late in the book when Auster himself shows up as a character, and the actual “City of Glass” is unmasked as the template for a con job, the two different types of readers have different experiences. Those not familiar with Auster accept the story twist and either learn about an author they didn’t know before, or perhaps simply assume he and his novella are fictions—either way, the story outcome is the same. The Auster fans, however, see their secret insider’s knowledge suddenly made public, an experience of both satisfactory vindication and, perhaps, a twinge of disappointment. At the same time, it’s fun to see a fictional version of a real person brought into holographic second life on the printed page. And perhaps they nod—yes, all this nicely reflects the way The New York Trilogy and other Auster books investigate blurred identities and “doubling.”

As an Auster aficionado, my experience with Lost Journals of Sundown was pleasurable on a couple of levels. Since I’ve read much of the substantial Auster academia (he seems to inspire scholarly analysis), I enjoy seeing new additions to the catalog. Also, I see Orlando’s book as perhaps a companion work to my novel, Ponckhockie Union, influenced in both style and content by Auster, and in which Auster himself appears as a secondary character, but fictionalized to be an unpublished novelist working in small-town journalism. I wonder what other writers may be putting their Auster inspiration right out on the page. I’d like to read those books too.

On another coincidental side note, I even enjoyed the references to a tiny hamlet in the Catskill Mountains called Sundown, which in real life is just 18 miles from my house. Orlando has created a history for that town that, as far as I know, is a wild fabrication—but that’s his privilege. He’s a fiction writer. 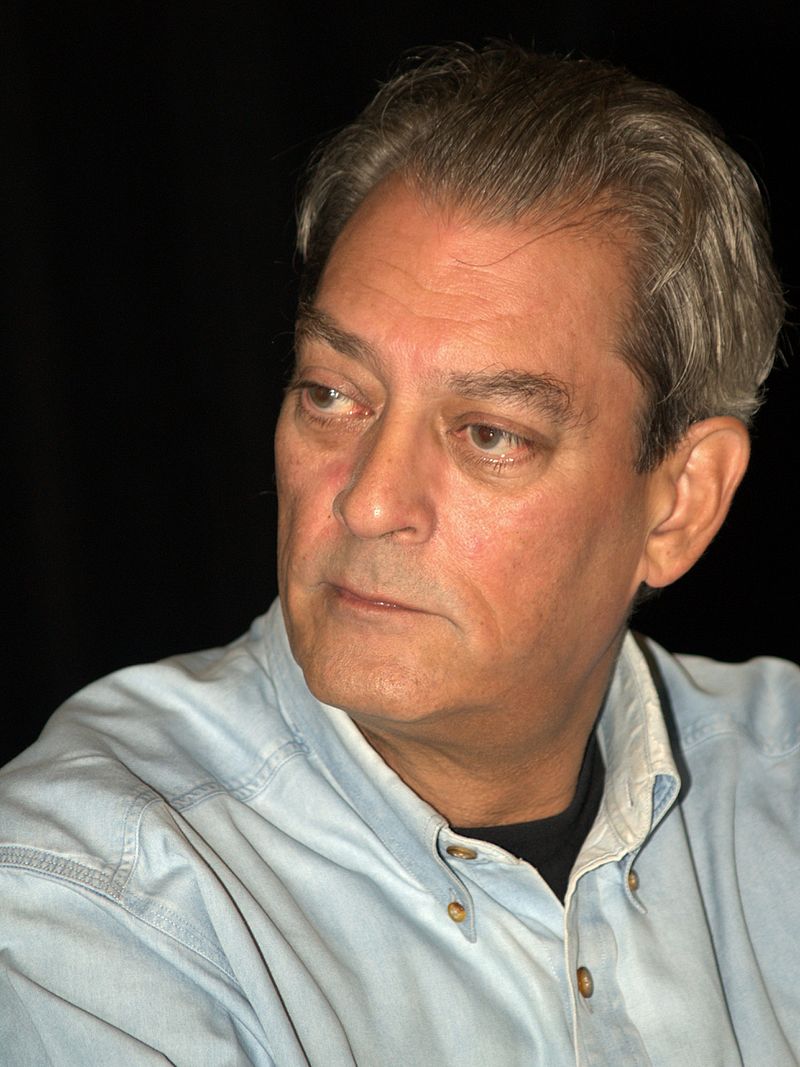 In both our books, the imaginary Paul Auster is a good guy. He attempts to bring some sanity to the scattered, impulsive mind of Orlando’s protagonist, Daniel Reed, and is a fatherly helper behind the scenes as the story nears its end. In my book, he assists the narrator, Ben Rose, in his escape and hideout from a shadowy assassin, and the writings in Auster’s journal act as a Greek chorus of sorts, commenting on and interpreting some of Rose’s story. Orlando drops in the names of characters from Auster’s oeuvre (another wink), and I include mention of Auster’s real-world wife and daughter, even as I construct their lives to be alternate-timeline fictions.

In both cases, readers experience two levels of story: one on the pages and the other in “reality.” Like memory, like deja vu, like dreams, they operate simultaneously, overlaid upon one another like double-exposed film. Orlando has Auster tell Reed that life is like a lucid dream: with awareness and a little attention, it can be controlled. As humans, we are story-making creatures, and stories are dreams made physical. We walk through multiple dimensions every day.
So… how many ways can two different stories exist in the same book? It all depends on the mind-frame of the reader. When you read Lost Journals of Sundown you’re bound to have an entirely different experience from mine. That’s as it should be. Writers and readers are co-creators. As the Talmud says, "We don't see things as they are. We see things as we are."
Posted by Brent Robison at 11:17 AM