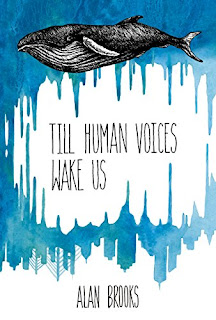 Because I prefer questions over answers, here’s a final one: in the title, who is the “us” that may be wakened by human voices? Is it that denizen of the deep that opens the story? Or is it you and me, the sleeping dreamers?
Posted by Brent Robison at 2:07 PM No comments: